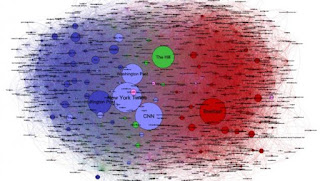 David Brooks wrote this in the New York Times and the right (well, everyone--but a lot of the right) lost their shit over it:


Recently I took a friend with only a high school degree to lunch. Insensitively, I led her into a gourmet sandwich shop. Suddenly I saw her face freeze up as she was confronted with sandwiches named “Padrino” and “Pomodoro” and ingredients like soppressata, capicollo and a striata baguette. I quickly asked her if she wanted to go somewhere else and she anxiously nodded yes and we ate Mexican.

The guys on the right, losing their shit, were appalled that he was acting like such a coastal elite--but, really that was his point. Erick Erickson, ever unable to understand that he is the punchline to jokes he thinks are funny, sky-dives in to save the day.

The rich keep up with David Foster Wallace and raise eyebrows at the rubes reading Proverbs. They look down on Chick-Fil-A while eating at their artisan sandwich shops that get reviewed in the backs of location specific vanity magazines. Then they tax the poor guy’s coke and plastic grocery bag. They shut down the Christian baker who just wants to be left alone and put hedonism on a pedestal they can afford that the poor could not. Abortion on demand is the left’s preferred equalizer, but as the poor descend into the rich’s hedonistic lifestyle, they cannot afford the STD’s, addiction problems, etc. that the rich can paper over with money.

Of course he made it all-about him. Like the soda-tax was done because of a disdain for soda and not a health-care crisis caused by obesity. Like the rich are as addicted to oxy as the poor--and just handling it better with their funds. Like STDs are killing off poor people. Like Erickson understands any of this.

Also writing in Erickson's imprint is Marc Giller who takes it to Brooks suggesting that Brooks doesn't understand why the elite are hated:


Meanwhile, Brooks ignores perhaps the most important thing he’s uncovered here, and that’s the question of why places like New York are so unwelcoming to those who don’t come from the right background. For a city that didn’t mind when Occupy Wall Street was defecating on police cars, they’re awfully hard on someone who doesn’t know the difference between prosciutto and pancetta. Why the intolerance?

Maybe if Brooks spent more time at Chili’s and less time at Per Se, he might know the answer.

I asked some wealthy people in NYC if they knew what the fuck Padrino or soppressata was. Nope. I asked if they were hostile to people in their artisinal sandwich shops. Nope. Is there really intolerance for people who don't know what all that shit is? I seriously doubt it. Not for people in David Brook's age-range.

No. No--the person in question was clearly uncomfortable because she didn't know what that stuff was--but immediately for Erick it's about gay-cakes and for Giller it's about how angry liberal New Yorkers are.

This Is How You Get Trump

It is safe to say that Erickson and, probably Giller, were shocked at Trump's take-over of their party. Erickson has made his peace with it. Giller probably jettisoned his soul too. The Omnivore doesn't know--but if he's still working at The Resurgent that's probably a job requirement.

Today we see a Pew poll showing that  58% of Republicans think college is a bad thing for society. What The Fuck, you ask? Well, we also know that Republican media is far more polarized than Democrat media--and that it's organized around the Breitbart model. When you go to this media, what do you see? Stories about asshole college professors being idiot leftists and leftist students being idiots about speech they don't like (which is, it turns out, pretty disgusting speech. Go figure.)

That's the view of college Republicans have--of course they don't like it.

But . . . but . . . don't they know that's not the whole story? That Breitbart is trying to fire them up? For clicks? For manipulation? All that? Don't they know they're being given super-slanted news?

Well, if the thought-leaders are as on-it as Erickson and Giller who can't see anything past their own noses? It turns out: they don't. It's all grievance, all the way down. 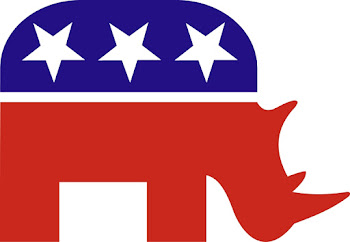